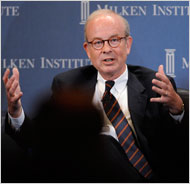 Last night I watched American Gangster (again!) featuring Denzel Washington, one of my favourite actors. I’ve seen it before when I was visiting New York in a Times Square movie theatre. Denzel, uses the “johnny law” phrase a few times when talking about paying off “Johnny Law” i.e. paying cops to turn a blind eye to his nefarious activities.

I’ve always been curious about technology and the law. And now more so. Technology is an evolving beast, where the business models are constantly changing and new competitors, trends, viral campaigns emerge overnight. Whilst the law is seen as conservative, slow to adapt, and very traditional. Generalisations yes, but ask any lawyer or laymen and they’ll agree with these perceptions. Evidently, these two are at opposite ends of the spectrum. The law seeks to maintain order and protect society, yet also to enable the creation of new ideas and businesses. The internet is disruptive, fast moving, changing and global in its reach. Law is often seen as jursidictional, often applying to only member states (i.e on country by country basis) unless treaties are ratified by Member states.

On Wednesday morning, I attended an Advertising and Marketing law CLE. What is a CLE? It means “continuing legal education”. For those that are unaware, I’m still a qualified lawyer (amongst other things) and to maintain your status as a lawyer, you need undertake ongoing education. It might involve some lectures, preparing presenting a lecture, or watching some videos.

I wasn’t sure what to expect with this lecture but went with an open mind. I heard the following lectures:

They were well presented, but the most useful to me was probably Internet Business models by Peter Leonard. Peter is a partner at Gilbert & Tobin, and counts Google amongst his clients. He described some basics about adwords and how it worked – I knew most of this stuff since I do some work on adwords. However, he had some really interesting points on whitelisting v blacklisting of keywords, something which I was not aware of.

Apparently, some brandnames are “blacklisted” on google, so advertisers can’t use them. For example, “Toyota” can only be used by Toyota. A car reseller, wholesaler, etc… can’t use that term. People are very careful which words they blacklist since it does not enable to aforementioned parties to advertise on google. And google applies this policy on a global basis. So if Toyota actually had a reseller in china under a distribution arrangement, they could not buy that keyword to sell a Toyota car.

The other relevant thing he discussed was contexutal and behavioural advertising, which is becoming quite a big area in the online marketing world. Advertising has always been about relevancy and recency. Erwin Ephron developed the recency theory which is about showing someone an ad when they are in the mood to purchase. The idea of “top of mind”. It’s not about showing them an ad 3 times to get it to stick, rather at the right time when they want to buy. I believe that is what behavioural advertising and contextual advertising seeks to do as well – tying relevancy and recency together.

Behavioural looks at your past behaviour on the internet – which websites you’ve been to, how you use the internet. Contextual advertising is 3rd party advertising based on the content on the website (i.e. your current session on the web).  The whole idea is to serve you more relevant ads. Websites now, may reserve a space on their site for advertising local content to you based on your IP address – you’ve probabaly seen it! Look at an American website, yet its giving you ads for Australian flights or credit cards. Online advertising has gotten smarter. It was really insightful because at ad:tech and even in my work, these are topics which people are talking about. third party advertising, serving of ads, affiliate marketing, etc… On the flip side, there are privacy concerns, because your ISP tracks where you’ve been and keeps all the information about each individiual user. To me, this is also two competing concerns – serving you more relevant ads v capturing your private information.

It enhances the user experience and the advertising by having geographically and behavioural based ads, but aren’t you worried that someone is keeping tabs on you?

Other interesting points he discussed was how keywords get bought, and the difficulty of proving trademark infringement for keywords. Since the prices and the allocation of paid ads on Google was constantly changing, its hard to prove in such a dynamic environment.

I must admit the other seminars weren’t as relevant to me or as interesting, hence my interest did drop off. Copyright issues in advertising were ok, about database compliation and the rights attached to that. Children and the law & comparative advertising was extremely boring, but still handy to know. I learnt that advertising needs to get clearance from legals, very important so you don’t get sued (!) and meets all legal and regulatory requirements. Also, there’s so many various regulatory codes for each type of media (radio, tv, outdoor) and legislation.