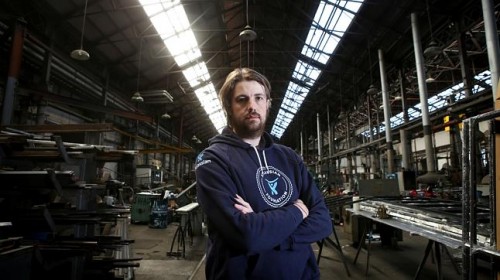 I set up the petition yesterday. It now has 260 signatures and a huge wall of comments from Sydney’s startup community leaders and members. It is gaining momentum. We have close to 3,000 members in the Sydney Startups Facebook group and can make our voices heard. If you can share it on social media to help get the word out there that would be awesome
– Matthew Ho, Sydney Startups Facebook admin & chief trouble maker.

Here are some of the comments from the petition.

Bugcrowd started life in ATP, we took on Australian money to remain and Australian story (despite moving to the US). Sydney desperately needs a focal point for technology innovation, and ATP is that focal point. Let’s double down, instead of turning it into a bank and a block of flats.
Casey Ellis SAN FRANCISCO

ATP is a fantastic development which has been very successful in promoting university and industry relations, technology start-up culture, and is fast developing into an iconic and well know landmark for Australia. I think it would be a mistake to cut this positive momentum short and it sends a very negative message about the Australian government’s support for innovation in this country.
Robert McIntyre AUSTRALIA

It’s crucial we invest in digital innovation, it’s the future of our economy and ATP provides such a hugely valuable resource to drink together all parts of the ecosystem. It would be a colossal mistake to sell it off.
Ann Parker AUSTRALIA

I had my first job at ATP, in a startup called Forge Research, founded by four ex-Telstra software engineers who’d decided to go out on their own. They started out cramped in one of the tiny, cheap, one-room offices, then moved into larger spaces as the company grew, took on more contract work, and started developing products. Eventually, half the company was sold to US company Hyperion (which was subsequently bought by Oracle). The other half continues today, selling an innovative geospatial product internationally.

I moved on, but the experience of being part of a small, entrepreneurial endeavour was so sweet that I soon joined another startup, Tyro Payments, and have been able to contribute a lot there as the company has gone from strength to strength and grown from about 20 people when I joined to now over 200. Another ex-Forge employee went on to be an early employee at Atlassian and remains there as a Principal Engineer. Another is the Head of Architecture A/NZ for a large multinational. Another has landed a role in the Engineering team at Twitter.

So you see, startups aren’t only useful for the wealth they create in their own P&L. They create new innovations and with them new jobs, and they often train and inspire young people in a way that large corporates never will, creating new opportunities for them to go on and do great things in other companies.

Startups amplify the economy in immeasurable ways, and that’s why it’s crucial that the government amplify the efforts of startups by keeping the ATP as a hub for technology and innovation.
Graham Lea PENNANT HILLS, AUSTRALIA

Technology is the future of Australian big business, oil is on the way out. (Full disclosure: I work for Atlassian but I would like to think that I would make the same call regardless, tech change is relentless and we are behind)
Robert Massaioli AUSTRALIA

We are trailing behind other great nations in Technology, we need the Government to wake up and start supporting/ funding the startup and R&D arena. Expanding the ATP Tech Hub would be a contribution to help Australia in the race.
Steve La Puma AUSTRALIA

The future of this country should be built on technology and innovation. Not on digging as much stuff out of the ground as we can and selling it to the Chinese. Let’s keep the Australian Technology Park open and focused on this.
Ian Gardiner BRONTE, AUSTRALIA

Technology hubs are crucial to the successful development of an innovative ecosystem in Australia. This has been proven over and over again in places like Israel, US and the UK. In addition they create high value direct and indirect employment opportunities.
Eitan Bienstock AUSTRALIA

ATP was one of the features of Sydney that finally convinced me to pack up my family and move to Sydney from Brisbane. The dynamic of ATP is fantastic and I think really key to ensuring that Sydney remains as one of the top tech hubs in Asia Pacific and also globally.
Damon Oehlman AUSTRALIA

Sign the petition here to save Australian Technology Park as a technology hub.

I’m out like more apartment blocks in Sydney,
Matt Ho