I had the opportunity to interview Aman Talwar on SEO and social media. He is the SEO and Social Media Manager at Fairfax Media Ltd. The interview is for my upcoming book “Start Digital Marketing“. We chat about a range of topics from evaluating social media platforms, how he started his career in digital marketing and how you can get into digital marketing too!

END_OF_DOCUMENT_TOKEN_TO_BE_REPLACED

I’ve been meaning to add my instagram account to my food blog Wheres My Sauce. I spent some time checking out the various instagram plugins available, configuring them and working out which was one best for my wordpress blog.

I’m going to save you some time by summarising what I have done. I’ll show you how to do it in a matter of minutes. It will be really easy after you read my blog post.

END_OF_DOCUMENT_TOKEN_TO_BE_REPLACED

I attended the Sydney Food, Travel and Lifestyle bloggers meetup and there was a great discussion on “Lets use Instagram”. I’ve had an Instagram account for years but I’ve been using it infrequently. In the last 4 months I have been using it more since I started the wheresmysauce food blog.

Instagram is an awesome social network for photos. It now has 300 million monthly active users as of December 2014. I have a food blog and I find that its a great way to post photos of food. It also allows me to connect with other food bloggers and foodies. I use it everyday now. I probably check it at least 6 times a day! Here’s what I learned at the meetup combined with my own experience and thoughts. Hat tip to Keren Natalia from Little Green Habits for organising the meetup and John Kapos from Perfection Chocolates for leading the discussion. I’ve taken some notes from Keren and also combined it with my thoughts.

END_OF_DOCUMENT_TOKEN_TO_BE_REPLACED

I found some of my old twitter accounts today. By way of background, I discovered twitter in 2007 via an article and registered an account. But I didn’t understand how to use it. In 2008, when I started using twitter again, I decided to register 15 accounts. It was the vanity twitter handle land grab days. I also saw that @cnnbreak was acquired for $1m so I saw an opportunity there!

I didn’t have time to post to all of the twitter accounts. So I added some RSS feeds to automate the tweets via Hootsuite and scheduled the updates to space them out. However, Hootsuite then introduced a rate limit on RSS feeds. So I mashed them together using Yahoo Pipes and was able to use one RSS feed.

For example, for the @ausgov account, it contained automated info from 3o unique government feeds. I went and found each of the feeds myself from government websites or I created them. The tweets contain information from Media Releases, Smart Traveller, Austrade, ATO, Dept of Immigration, Dept of Health, etc.

I haven’t touched these accounts for several years until logging back into hootsuite again today. Surprisingly some of them are still going and tweeting away, and people are responding to the tweets.

They have these follower numbers:

Its pretty good considering I’ve done nothing except for @austax a while ago where I also created a blog. We were the #1 twitter account for Australian Tax Information. We were also invited to the CPA conference to tweet/blog about it. I also got invited to an Easter Show preview and my fellow blogger @jenius went to tweet about it on behalf of @royaleastershow.

Due to the names that I had, I figured they would be valuable. Also people started thinking that these names were official as well i.e. they thought that @austax was the ATO?! And when people wanted to complain about the government they would mention @ausgov.

I’m not sure what to do with them. I guess I’ll just keep them running!

Listen to this interview from Robert Scoble talking to Bill Nguyen (founder of Lala.com) and Peter Pham (founder of Bill Shrink).

Its very interesting. It discusses the future of mobile and their plan to build a new social graph known as the elastic network. I think its clear that Sequoia invested in the team and not so much the idea – though the idea is ambitious. Photos is only one part of the app. Also, check out this post from GigaOm.

Screengrabs of the new RockMelt browser for those that are keen.

I just got it last night thanks to @pkattera. First impressions is that its very google chrome-ish (built on webkit) with bars on the side for social networks. For those that have used the Flock browser, its a similar idea but less clunky and much faster. Easier to share things to social networks, and create quick links to your favourite people on facebook and to pages on the internet including facebook pages.

Oh, and I have no more beta invites left. 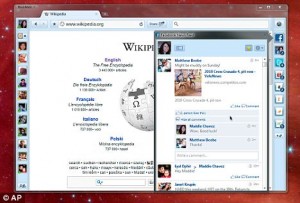 Here’s a video you can watch it in action.

I’ll report back when I’ve used it a bit more.

A few weeks ago, I saw an email chain flying amongst my friends. It was “what are you up to on Friday night?” and “where will we meet you?”.  Locations, venues and times were being scattered all over the interwebs. The fundamental problem was meeting up at a similar time during the night, essentially a co-ordination problem as everyone has their own agenda.

As I have gotten older and the use of mobile phones have become more prevalent, there’s a culture of I’m out and about, I’ll give you a call and see where you are. I might have an approximate idea from an earlier conversation of where my friends are. But there’s no guarantee that I’ll stay there because I’ll see where the night takes me. We have more opportunities, more friends and more venues to visit.

An application like Foursquare / Gowalla tells you where you friends are when they have arrived and they decide to check-in. You can also see who else is at the venue. It’s great as post check-in data. However, you don’t know if your friend has left the building and moved on, and where they might be heading.

It would be *fantastic* if you could do a pre-checkin into a venue using a service like Plancast.

This could prove quite stalkerish intrusive, however hear me out.

END_OF_DOCUMENT_TOKEN_TO_BE_REPLACED 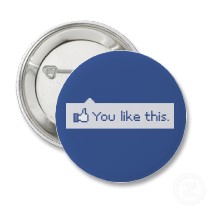 I’ve added some new plugins into the blog which you may notice including the Facebook Like button.

I have wanted to add this since Facebook introduced this feature a few months ago. It allows you to “like” a webpage and notify your facebook friends. Its great because its a personal recommendation and so easy for users to undertake this action.

I thought that I needed to paste some code into the css/html settings. However, the wordpress open source community has created an easy plugin that only requires a few clicks. The thing I love about WordPress hosted blogs is the access to the treasure trove of plugins which do not require any technical ability to install. I’ve long been an advocate of simple, easy and low tech solutions.

These instructions are only for wordpress hosted blogs (as this is what I use). These are the blogs that have been installed onto a server. For example, it does not include the ones that end in “.wordpress.com”.