I have just completed reading the two speeches given by John Hartigan, Chairman and Chief Exec of News Ltd. I actually read the wrong speech – there is one from 2007, but the one I was really after was from 2009.

My current thoughts are:

1.  The availability and immediacy of online news is disrupting the traditional business model of newspapers.

In the past, newspapers used to rely on selling copies and classifieds – where the real money is made from the rivers of gold. Well that’s all changing. Although, sales of copies haven’t declined in the same manner in Australia as the US or UK, its going to eventually happen and follow the same trend. People, especially younger people are used to looking at news online now. I don’t even have time to read the paper these days, but I will access news websites during the day. The notion of reading a printed newspaper is dying since people are time poor. The only person that I know that has the time to read a printed newspaper is my dad because he’s retired.

Its comes down to convenience and accessibility. I can read whatever I want – I can check out NY Times, Chicago Tribune, Daily Telegraph, BBC news. All within a few simple clicks.

2. The rise of citizen journalism

Regular people (i.e. non-journalists) that blog, twitter, post youtube videos, flickr photos have created the notino of citizen journalism. And its growing in importance. When an event occurs, particulary an accident, regular people are there already on the spot, before the professional journalist. News breaks out immediately. People can post updates via twitter, take pics with their phone, shoot mobile videos and post to youtube etc… The raw eyewitness accounts can be terrifingly engaging and accurate. It happened with the Bart shooting which I blogged about, Hudson plane crash, etc.. 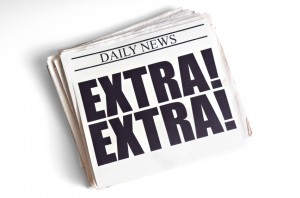 But of course we still need professional journalism, to vett the stories and break out the latest news. It’s a shame that  Australian journalism is at its lowest staffing levels in 25 years. Quality journalism is vital to a thriving democracy and must be maintained to have freedom of speech.

3. The multitude and breath of news available online has lead to the popularity of aggregation web sites.

Hartigan derides aggregation sites hard like Huffington Post, Crikey, Mumbrella. I’d also add in Digg and some of the other social bookmarking sites. The latter are probably not to the same degree, but in essence they are all content aggregation sites. Although he doesn’t like them and is basically calling them second rate journalism and killing the industry, they do have an important role to play.

We’re increasingly time poor people, with even shorter attention spans now. I find it incredibly difficult to sit down and read a book now, let alone a full newspaper article online. We scan articles. We look down the page and scroll and hit next. Aggregation sites like Digg and Huffington Post give you a short snapshot of the full article. If I am interested, I will click through and read the main article, which is written by a professional journalist. At the end of the day, if the summary and the article is relevant and good, the news website still gets the traffic.

When I have the option of reading a million news websites, its a buffet of choices. If I can get a 30 second takeaway, I’ll take it.

Aggregation websites syndicate content. Sure, if they weren’t available I would have went to news.com.au or nytimes.com. But aggregators still push traffic to news websites. Google News and the like should be seen as partners rather than competitive threats. And aggregators and the audience still need quality news.

I’ve been reading the NY Times blog debate by several prominent media people and academics about this issue. In a online world where free seems to dominate, will people pay for news content? Is there a business model around this?

Hartigan thinks that people will pay for engaging, quality content and so does Joel Kramer, editor of Minnpost (Minnesota Post) in the NY times article. I would tend to agree with this. 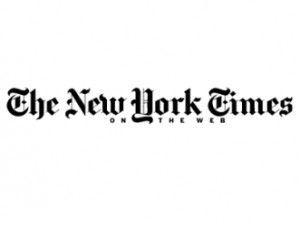 It is a pain when you try to read older articles on some websites and you are told that you need to be a paying member. I don’t have a problem with this model – latest news free and older content that is archived you have to pay for. Typically its 7 day old material is free, older stuff is paid. Or basic news free, premium content paid (more in depth articles or exclusive articles). There is a business cost involved to produce the content, pay the journalists wage, and to store it.

If the content is good, people will pay for it.

Perhaps this is the online business model that newspapers need to adopt. It’s been adopted by a lot of content heavy websites now. ESPN has been doing it for ages with their “ESPN Insider” membership. However, sites like bugmenot help you get around it =)

The problem is as I have discussed with a friend, if people are currently getting it for free then they’re get used to it. They’re going to be quite annoyed once they have to pay. You need to set the rules early with your audience. However, if the value proposition is strong enough and explained well i.e. paying for premium online content & cost to the business of producing, it can work even if the audience is used to it being free.

One of the threats is that there are many subsititutes. That value proposition only really works if its quite good and they are not substitutes available. With so many news websites available, I can easily go somewhere else which is free. It’s almost as if the news industry has to work in tandem in oligopoly type fashion. Its a matter of survival.

The news industry HAS to evolve and adopt an online paying model. It might be the model that Hartigan described where they provide customised premium content based on what you are interested in, combined with print.

More sporadic thoughts to come on this topic of the future of journalism and news.

The Tech World has been buzzing lately with the introduction of several new search engines and innovations.

In the past few weeks, we’ve seen the following come out:

I’ve experimented with all of them, except for Wave since it’s not publicly available, though I have signed up for updates and preview =)

My intial impression is that Wolfram Alpha is very cool. It answers questions as opposed to finding results. You ask it for the distance between Sydney and Melbourne. It will find the distance, time by car/plane and a map showing the distance. Ask a question and it gives you one answer with some stats. I actually believe this is the way search engines will be headed. It’s a new way of thinking about search results.

Check out this video which has a good comparison of Wolfram Alpha v Google by ZDNet.

Bing is ok. Microsoft needed to upgrade their Live search, which I never used. I only used it when I searched in IE and I forgot the default setting wasn’t google.  Live search just did not look pretty. Google was minimalist. It simply worked and had a great UX (user experience). To be honest, I don’t see myself switching from Google to Bing or Yahoo. Google is too dominant in the world of search right now. In Australia, it has something like 70% market share. I might use Wolfram Alpha to experiment. It’s better for unknown answers and simple queries.

I watched the Developer Google IO preview. Its roughly 80 minutes long and I got through about half of it. Waaaay too long. It’s very ambitious and has the potential to change the game. The potential to change the way we communicate online from email/wiki’s/IM, etc…. I really dig the idea of concurrent editing, because half the time you are simply waiting for the other person to respond on IM. The danger is that it can become a stream of consciousness.

In terms of how I communicate and come up with ideas, I like to have the time to think and reflect and then type it up in a word document or a wiki / blog. If I’m doing concurrent live editing (where people can see my edits and thoughts in real time), I’m really put on the spot to come up with something. I know you can turn this feature off on Google Wave, but this is the danger of concurrent editing and the potential.

I really dig it though. The ability to combine rich media like photos, video, playback. The developer described is as how email would look like if it was developed now! It’s like a cool mashup of blogs, wiki, photo sharing, microblogging, IM, etc…

You can read an alternative take on it by Jeremiah Owyang.