On arriving at the Civic Hotel, on the corner of Goulburn & Pitt St, everything was calm and as per usual. We headed downstairs and were told we needed to be on the guest list. I thought to myself, how many people would be turning up to Charmaine Bingwa’s EP launch?

After telling the door staff we registered via the web, we pointed to our names. Much darker than upstairs, we wandered in as the sounds of old school 90’s rnb tunes wafted through the doors. To my surprise, the place was 3/4 full. I wandered around looking for my friends and found them in the “pit”, this dancefloor area sunken into the ground, with raised bar around it. There was still nothing on stage, so we went to get some food on Pitt St.

On our eventual return to the Civic, the place was packed. Couldn’t even move around. As I brushed past the bodies, I made by way back to the pit. There definently was some buzz in the evening. Most people had RSVP’d via the facebook group or on Charmaine’s website. I suspect the majority of the crowd were friends or friends of friends. I came because my friend Neha (@twittledeeps) was a backup singer. 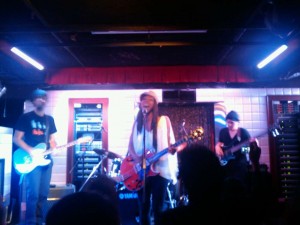 Charmaine came out the blocks with a Beyonce cover. Full of energy, she had that vibe goin’ on! She did a couple more tracks  including her own stuff and pulled out her red guitar. Sang and strummed the guitar at the same time. I always like it when a singer plays an instrument – she’s legit.

Oh yeah, and did I mention she had some crazy sneakers on – blingin sparkling aqua sneakers from General Pants.

It was a pretty good night. She definently has some potential, though not sure about the strength of her voice. I don’t think her tracks show off her range. It’s mostly “funk,rock, snap, crackle and pop” as she describes on her website. She’s been gigging for a year now and has an EP out. Something about her – she’s got the buzz.

After she did her final song and walked out. I told G that she’d be back, he looked at me and said “nah, she’s done”. To which I responded, “if she’s worth her salt, she’ll come back out”. After a few minutes, some chanting, particularly from the groupie girls next to me, and a sneak peek through the curtain, they came back out. Charmaine did two more songs and called it a night. I’ll let her have the final word on the night:

She then came out and hugged some of the people, and I think some of the guys I was with were disappointed they didn’t get a hug too =p

I heard on the grapevine that she’s actually Zimbawean (G did a google search before he came).

$64 million dollar question – who does Charmaine Bingwa look like?

She’s a dead ringer for Brandy – in fact some other people told me independently. Its the dreads and the chocolate coloured skin. In case your wondering – she is hot. 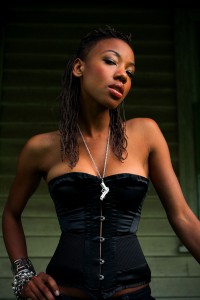 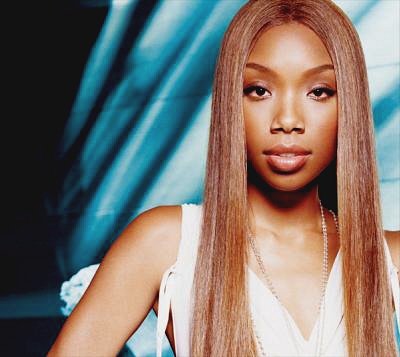