Yup I’m a big fan of location based services, particularly foursquare. I’ve blogged about some various news items as well as some improvements that could be made to the service.

Let me break it down for you.

I participated in #officemayor, where Microsoft were doing a promotion to hand out copies of Office 2010. You had a to be a mayor of a venue and you needed to checkin at the venue in Martin Place to get a free copy. Unfortunately, my phone and Optus didn’t want to co-operate, however I did manage to show them my treasured Mayorships and collect my free copy of Office 2010.

The problem was that there wasn’t much mingling or stickiness about this event. Most people came, saw, collected and left within 5 minutes. What they did though was broadcast the event to their social network, creating a ripple effect about it. Whether these same people are going to twitter/blog/etc… about the use of Office 2010 and to upgrade from Office 2007 is another matter. As a launch event it was not bad. Another issue is that not many people other than the digerati know about foursquare so it was a limited audience as not all connect their foursquare check-ins to twitter or facebook (to be honest I find these updates annoying in these news streams).

I also went to the first Foursquare Day meetup at Bar 333 a few months ago. It was on 16 April or 16/4 to Americans… so 4 Square… get it? Whilst there were a few people mocking me for going and the fact that there were only a few people attending made it hard to find. I actually had to go around and ask a few people if they were there for the event.

I think about 12 people turned up, and I had brought 3 friends along that also use the service. Hey it won’t be long before the rest of the crowd are on foursquare (just like how they joined twitter). All I can say is this – there are people that use it and those that demonstrate their passion for it – we call these people fanboys =)

Also importantly, I discovered how to get two badges during the NBA finals. If you shouted “Go Lakers” or “Go Celtics” on foursquare, you could obtain the badges. Pretty awesome to have the 4 leaf clover as a badge. And you know I had to get both badges!

I’m not so sold on these foursquare stickers that can be placed on shop windows / doors / walls. It kinda looks tacky. I do like the concept of notifying people physically before you enter that it is a foursquare venue. It doesn’t mean that the restaurant or bar is actually good or whether the special is good value. I prefer those crowdsourced comments.

Though the definition of good is relative, so how can we combat this?

If those comments are from people that frequent those types of venues or restaurants, we can attribute a value or a priority to them.

Robert Scoble talks about this and you look at Quora, the new Q&A service. We should be placing a premium on those that have expertise in a particular subject matter or experience.

I drink a lot of milkshakes, in fact its my favourite drink. I’ve had more than my fair share and I’ve had it all around the world. So my tip on whether a milkshake is good or not in a particular restaurant means a lot more than the average joe. A few years ago, my colleague and I were working at the BNP Paribas building on Elizabeth Street. I stumbled across this cafe inside the building that made the most awesome bannana milkshake I had in a long time. And I told her it was good (TRUST!). She had one sip of it and beamed the widest smile and said “you’re right! Its good!!”. Of course, I know my shakes. Now if you ask me about coffee, I have no idea. I never drink the stuff.

I do occassionally have the odd cappucino when I’m in a cafe, but my tip on whether the coffee is good or not doesn’t really mean much. But my tip on milkshakes, YOU BETTER BELIEVE DAT!

Its like those Zagat stickers you see everywhere in New York. It means its been rated by Zagat. So what? It doesn’t mean it was rated highly. We need to be ranking these crowdsourced tips and leveraging off our social networks of people that are like us. We should be able to vote on those tips to increase that peer’s expertise (and vote down if they suck). The more that they frequent cafes, the higher the value should be. It doesn’t necessarily mean there is a direct correlation, but I would tend to trust someone that drinks a lot of coffee at cafes more than someone who drinks it occasionally.

Just a few thoughts in my head right now. 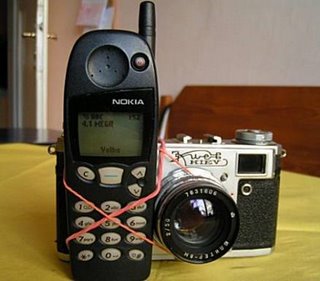 In the world of mobile, the product lifecycle has not really changed much. What has really changed is the consumer lifecycle. Sure phones aren’t made like they were used to like my first phone the NOKIA 5110*.

Our expectations, desires, and wants have dramatically shortened. This has been driven by a culture of consumerism, faster software releases, hardware tweaks and more choice of models backed by multimillion dollar marketing campaigns. Its a culture which Apple has thrived on, by introducing iPods that needed to be replaced every year and I believe this has had a flow on effect to the iPhone.

Hey I’m no different, I’m hanging out to get the HTC Desire. And I’ve only had my HTC Dream for a a bit more than a year. My previous Nokia phone lasted more than several years including several overseas trips. Now I need more heft, cause I want to run Froyo 2.2 and apps that require more processing power. I *need” it because I have an Android blog called GhostInTheDroid. Thats what I tell myself.

*This was a classic, no nonsense phone that still works.