One of the biggest challenges I’ve faced in building products is the exercise of restraint. The other day I started using a new product which was an early version available to the public and I thought “wow this is really good”. Someone has made a conscious decision as to what to include and what to exclude. This is product restraint.

Other times, I’ll start using a product and think “this is really confusing! I can’t figure out what to do”. I have to jump through a lot of hoops. They’ve added too many features to the product.

A challenge that all product creators would have come across is figuring what to put into the product. Product management is about building the right thing at the right time. This is incredibly hard to do. An art and a science.

Lets start with what restraint means.

According to a definition I found on google, restraint is:

“a measure or condition that keeps someone or something under control”.

An example given is “decisions are made within the financial restraints of the budget”. Some more alternative definitions:

“the act of restraining, holding back, controlling, or checking”

“the ability to control or moderate one’s impulses, passions, etc: to show restraint”

Personally, I define it as the exercise of control. Its about having some barrier or limitation placed on something.

A good friend of mine Joe Vuong has the #1 fastest growing playlist on Spotify. Its called “Acoustic Lounge“. Joe is also the founder of the business Townske. The music is described as “Sit back and relax to a carefully crafted collection of originals and covers by famous and upcoming artists”.

The list is 196 songs, totalling 12 hours and 10minutes. There are approximately 400,000 followers and was selected as an Official Spotify playlist. It might have been surpassed now by some other lists but at one stage was fastest growing. Its also one of my favourite play lists which I listen to it a lot. Go on, press play below 🙂

The reason I bring it up is because Joe told me something critical about creating this popular list. He said: “Its not what you put in, its what you leave out”.

Its easy for Joe to add in more songs. In fact, there are millions of songs out there he could add. To create the most awesome and fastest growing list, he has to exercise a lot of restraint to figure out what to leave out.

What is restraint in the context of product management?

As mentioned earlier, product management is about building the right things at the right time. Its about understanding where we want to get to (vision) and how we can execute it. This involves figuring out what are the initial steps.

There’s a great saying by Thomas Edison that encapsulates this:

“Vision without execution is delusion”

In doing so, you have to say “no” to 100 things.It involves saying “no” a lot. That allows you to say “yes” to 1 thing. At the end of the day, regardless of what you call the practice, its about shipping products that people love. To do so involves a lot of restraint.

You should brainstorm a lot of ideas and discuss them with your team. But at the end of the day, you as a product manager need to figure out what to exclude. This allows you to focus on the ideas you want to execute on. Its one of the hardest things to do.

When you build your first version, its tempting to add a lot of things. But you need to figure out what is that thin slice of that vision that you can build now. Its like wanting to climb a mountain. You need to work out the first steps to take to get an initial foothold. Then slowly climb up, a step at a time. 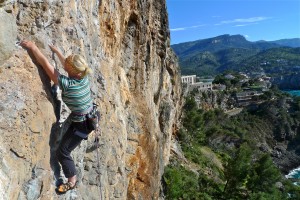 The problem I see with a lot of products is that they try to do too many things. I’ve been guilty of that in the past too. Over time, products naturally get more complex as we add more features.

For example, I hadn’t used a messaging product in a few months. Then I logged back in recently. I noticed that they also started having some feature bloat.

Its easy to pile on more features. Its much harder to say no. Its even harder to remove features. As a product becomes more popular you get more customer requests. The noise starts to increase.

As an enterprise product moves upmarket, the noise from larger customers becomes even more deafening as they won’t adopt your product unless you add that feature. Product restraint becomes even more challenging. Products that are unchecked become unwieldy and difficult to use.

Imagine that you are planting the seeds for a new garden. To ensure that it grows, you need to ensure that the plants have the right amount of food, light and water. Too much of any one of these ingredients and the plant will die. You also need to tend to it regularly. If its growth is unchecked, the plants can become wild. The plants starts to grow in different directions and weeds may grow. The gardener needs to monitor & control its growth so the seeds can become fully fledged plants. 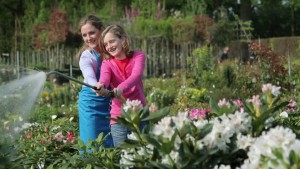 Similarly, you need to exercise appropriate control over your product. This is to ensure that new features being added are consistent and doesn’t make the product too heavy. You need to be able to balance competing product management demands for 3 feature buckets: customer requests, user experience, long term growth. Too much of one area and your product isn’t balanced.

You need to be able to add the right thing at the right time. Sometimes you’ll see it in a product when a new feature being added isn’t coherent with the rest of the product. Or a new product takes forever to ship. Perhaps a new feature doesn’t work properly. The person in charge of the product hasn’t exercised the appropriate restraint in deciding what to ship out.

You can laugh but only this way

We built the app Haha for sending laughs to people. We decided early on it was going to do 1 thing which is to send laughs to other people. It allows you to swipe right and send to a friend on Facebook. For a while, in our beta testing it only did this. It is a focused app with a singular use for sending laughs. This is a demo video I made below.

Based on a lot of early customer feedback and our own intuition, we added 1 more feature on launch which was to record your own laugh. We felt that this added the appropriate value to the product and made it more engaging. To implement it, the user records the laugh in the app. The sound file gets sent to the admin (i.e me) who can manually approve it to be added to the gallery. The reason we did it this way rather than allow users to send sounds they recorded to each other was to control the quality of the sound files. We wanted to ensure that only laughs were sent. It was also easier to implement it. We knew what we could build today to realise our vision.

You have to be really focused to build a great product. You have to say no to a lot of things so you can yes to a few great things. I like to think of it like a bridge from one location to another. If you add too much weight to a bridge, it can collapse. You really need to exercise restraint when building a bridge and how much traffic you can have on it. You need to understand how much pressure it can hold and the right amount of tension. 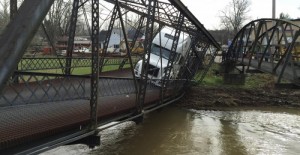 A bridge is an example of product restraint

If you add too many features to a product, it can collapse under the sheer weight of features. It no longer allows users to quickly and easily do what they want. It no longer becomes useful and a product people love. This does not mean that you can’t be innovative and shouldn’t ship out bold, new ideas. It involves controlled experimentation & testing which is the subject for another article.

One of the hardest challenges in product management is exercising restraint. The great products I have seen have product restraint. You look at Instagram or a Snapchat. Its very simple in what they can do for the user. At its core, Instagram allows you to upload a photo, edit it by adding a filter and sharing it.

Snapchat allows you to send a photo or short video to a friend. That’s it. They had other features such as “Discover” for stories. But they removed it. They’ve kept the experience relatively simple.

One of the best apps I have seen is WhatsApp. To me, that is a great example of restraint. It only allows you to do messaging which is comprised of text, images, or voice files. It looks like they are adding the ability to call another user in the future. It has been very focused as to what it can do and that is why I see it as a great product. Think about how successful they are – its almost rivals Facebook in the number of users it has. It also has 70% daily active usage which is unheard of. There’s a range of factors for its success. One of the key ones I see is that it does a few things really well. Thus creating an awesome product and user experience. Its easy for new users to understand what it does and how to use it. You look at a lot of other messaging apps and they’ve added a ton of other features making them really bloated. There’s always an exception and WeChat is a blog post for another day.

When I looked at Uber over the past 6 months, that is an app that is quickly becoming bloated. It started out with ordering taxis. But theres quite a number of options now. They’ve also added UberEats to allow you to order food to be delivered to you. I noticed yesterday they announced that they will now have UberEats as a separate app. The reason that Uber wants to do this is to keep the transportation app simple and have each app focused on a core experience.

In a mobile app, you want the user to be able to access what they want in a few simple taps. By adding more features & hence complexity, it starts burying the things the user wants to do. It becomes too heavy. Its really evident on mobile.

Mobile is one of the ultimate challenges in product restraint because:

Hardware products is the next level up in product restraint. Making hardware is even harder than software products. This is because the costs are much higher for hardware. Building a product requires a mold. Its also much harder to update a version of a hardware product, especially when its been shipped.

The great products that I love to use show restraint and control. They have carefully added new features. They have balanced delivery vs value. Its more valuable to ship out the right feature than to ship out a lot of features. If a product becomes unchecked and no product restraint is exercised, the quality drops. The product becomes unwieldy to use and bloated. The role of product management is to add the right features at the right time. This requires saying no to a lot of mediocre things so you can say yes to a few great things to create a great product that people love to use. This requires restraint.

2 thoughts on “Great products have restraint”