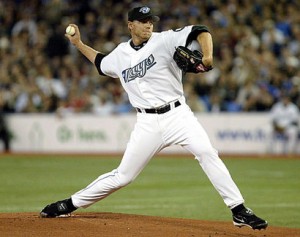 Pitching doesn’t have to be this hard

Today, my friend Bosco and I were helping out another friend with his startup pitch. I got a great tip from Bosco, which was that I should pitch someone else’s startup.

It was actually a really good experience for myself and also the founder that we were helping. The founder was able to see it from another perspective. A founder is always so knee deep in the history and detail of the work they’ve put in. They’ve worked on it non-stop so viewing it from a different perspective is very insightful for them. I was able to synthesise the pitch a lot better because I didn’t have all the legacy about the business bearing down on me and I didn’t feel the need to communicate EVERYTHING.

Funnily enough, when we pitched it and described a certain section in a shorter time span his feedback was “you’re spending too long on these slides describing it”. Our animated response was: “That’s what we’ve been trying to tell you!“. Sometimes it isn’t apparent until you see someone else do it.

I can’t say that I’m great at pitching but I’ve done it a few times and learnt a few things which I can pass on to other people. I hit the panic button when I had to pitch the first time, and luckily I had a few friends & people in my network to lean on for advice. I also watched other people pitch but there’s nothing like actually pitching yourself, and pitching for money. 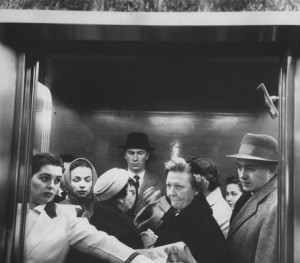 Hopefully you don’t have to pitch in an elevator

Here are some things that I discovered and some thoughts that I have:

– It gets easier the more times you do it. The first time I did it in front of 40 people, it was pretty nerve wracking. Then I backed up and pitched the next week at another event, and it was much much easier.

– People tend to ask similar questions, so the more times you pitch the better you get at answering questions.

– I always said to myself before I pitched that I had “to give the pitch of my life“. We were at several crossroads that it was do or die so I had to have that mentality. You’ve got to pitch with passion.

– I like to have some backup slides to answer some common questions. In a 5 – 10 minute presentation, you can never address everything. There are certain things that people might ask for e.g. statistics, more details about customer acquisition strategy, exits, etc…

– I’ve never fully understood why investors ask about exit strategy. I’ve been asked this several times. For an early stage business that has just started, shouldn’t a founder try to build a sustainable business that doesn’t need to exit, that can stand on its own two feet? I can understand the logic behind the question, as I worked in an accounting firm providing advice to private equity funds. Per the fund terms, they are required to exit and make a return in certain time frame (e.g. 5 years). An exit could be via IPO, M&A (trade sale), MBO (management buyout), or liquidation. The investor possibly want to see if the founder has given it some thought. In some larger markets (e.g. US), M&A activity is a lot more common but in other markets like China, the exit strategy is IPO. My opinion is that you should build for the long term and not the quick flip.

– I hate working on powerpoint slide decks (or keynote). It could be a combination of my lack of skills in powerpoint and design to make something sophisticated / pretty. The hours spent sweating over the content, the pictures, the layout. Some people enjoy it, but I didn’t. Get a designer to help you. 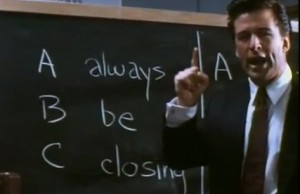 The school of ABC

– ABC: Perhaps I’ve watched too much Mark Suster on This Week in VC. Always be Pitching, Always Be Raising, Always Be Closing. I know that in the latest YCombinator batch, none of the startups pitched for money at demo day. But I’m from that school of thought of “Always Be Closing!”.

– Take advice from people that have pitched for money before.

– Have a rough idea of how you will spend the money that you raise. Unfortunately, I’ve seen other startups get grilled on this, so I thanked my lucky stars that I had an answer for it.

Pitching is a daunting experience for a new entrepreneur so I hope some of my experiences are useful to you.

One thought on “Pitch someone else’s startup”