Yo I’m making short term goals when the weather folds
Just put away the leathers and put ice on the gold
Chilly with enough bail money to free a big willie
High stakes, I got more at stake than Philly

Firstly, thanks to ShoeString Startups for naming this blog as one of the “10 best Australian startup blogs you should be reading“. I’m dedicating this blog post to them. I’m a frequent reader of their blog and fan of Matt & Tas’s work. You should read their stuff too 🙂

Many people, particularly entrepreneurs will ask me for an intro to a person or company. The thinking behind it is that a warm intro will be much more successful than a cold email or call. They’ve checked on LinkedIn and see that I’m a first or second degree connection with that person. They know that I’m a friend of that person or somehow connected to a specific company. 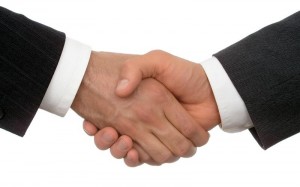 You want one of these don’t you?

Gotta knock on the door

One of my clients has a mobile app startup. I was hired to do some online marketing consulting for them.

My client’s second language is English. He’s not that confident in his English even though I believe its good. He hired me for a second task to help him pitch the product to a large company, a household name. He asked me to go with him to the meeting to present on his behalf because I have good English speaking skills.

I asked him how he got this meeting with this large company and his response surprised me. He responded by saying that he simply filled out the “contact us” form with an enquiry and a few brief lines with a sales pitch. It was then routed to the head of marketing and secured a meeting with them.

This process was repeated with other companies by contacting directly via the website or their Facebook page. He even showed me the responses from these companies as proof. 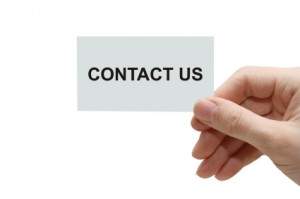 It amazed me that he was able to do this yet it was so simple. He had the hunger and the initiative. He had the hustle. I believe he wasn’t aware of another method to get in front of them and this method made sense to him.

When I told other entrepreneurs that I met this company, they immediately wanted me to intro them. I responded by telling them my client did it and English was his second language. He had HIRED me to pitch for him in English. All of these entrepreneurs could speak perfect English and were much more experienced in marketing/sales than him.

I had the same problem when I was working on Native Tongue. I emailed a lot of potential school customers but I wanted to do it in an automated, low touch fashion from a distance. I was reluctant to go out there and sell. What I should have done is called them up. If they didn’t answer, I should have went to them and knocked on the door and asked for the person to speak to. I should have done whatever it takes to get in front of them.

When we got to a point when we were desperate, I decided to give a call to my old university. I called and left voice messages. I emailed them several times. I later pitched at a tech event and they saw me. I kept persisting to get a meeting. Eventually I got in front of the head of the language department and pitched them.

This may shock a few people but many founders are too comfortable in their startups. They will not go out and sell, pick up the phone, email a company, or knock on doors. 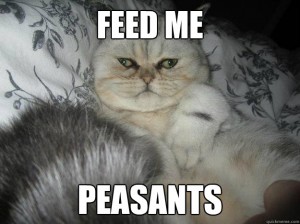 They don’t have the hustle because their backs aren’t up against the wall. They think like a big business and want an intro to the right person in an organisation when they have the perfect product to give the perfect pitch.

Do you have the hunger?