We’re seeing a lot of innovation happening in the FinTech (Financial Technology) space. In the past 12 months, I’ve noticed these developments in Australian FinTech industry. I wanted to separate my visit to Tyro’s fintech hub today and the latest news in FinTech. I’ve gathered my insights and news from speaking to industry participants, friends, contacts, startups, banks, reading up about it and just being on the ground. This is from the period of March 2014 to April 2015.

I have a special interest in this space. In my earlier career, before I worked in tech I was a tax accountant at Deloitte specialising in FSI (Financial Services Industry). I worked with banks including the big end of town – Merrill Lynch, BNP Paribas, and Deustche Bank. I also worked with insurance companies, fund management, private equity, venture capital, mezzanine finance, securitisation, and mortgage companies.

You’ll notice that I’ll reference a lot of my friends. I’m not name dropping, its just that I want to give a personal feel to my blog 🙂 I also want to disclose my connection to the people I mention. I’ve also included LinkedIn profile links to the names mentioned so you can find them easily. I’ve done the painstaking work of copying and pasting their links. LinkedIn you suck at this!

Fintech roundup of the last 12 months

1. The ReInventure fund, a $50million fund backed by Westpac was launched. It has made some investments already including SocietyOne, a peer to peer lending platform. I wrote about here in March 2014 for Tech In Asia.

Westpac is also working with startup incubator Blue Chilli to fund startups via its initiative Disrupt @ Scale Human Connections and Westpac Innovation Challenge. My friend Colette Grgic from Blue Chilli is working on the program.

2. Commonwealth Bank launching the Innovation Lab. A friend Sean Marshall is now working there as a Development Community Manager for the new Albert EFTOS payment terminal for tablets. 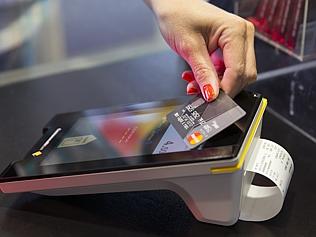 3. Stripe launching in Australia with Susan Wu, Silicon Valley veteran at the helm. She is an investor/advisor to startups including Twitter, Square, Findery, LIFX, Jawbone, and more. A contact Mark Collins, previously at Fintech startup Vistr recently joined them as an Account Executive. I can see they are also hiring more people.

4. Braintree and its parent company Paypal being very active in the startup ecosystem. I was invited to attend their hackathon titled “Battle Hack” in July 2014.

5. Impending launch of Stone & Chalk, a second FinTech hub backed by large financial institutions such as CBA, Westpac, ANZ, AMP. The chairman will be Craig Dunn, former CEO of AMP. More news about it here.

6. AWI Ventures launching a fintech accelerator program. AWI, previously were Fat Prophets which were one of my clients. They are backing early stage startups with money in exchange for a minority stake. Simran Gambhir is the accelerator manager. More information here.

7. Pocketbook, a personal financial management tool surpassing 100k users. I gotta give them a shoutout as I worked in their co-working space/apartment in 2012.

8. Rocket Internet startup Spotcap launching in Australia. Its for business loans. They are now hiring staff.

9. FinTech meetup is growing with 650 members. Its run by a good friend Kim Heras from 25 Fifteen.

10. NRMA, a listed insurance company partnering with Slingshot Accelerator program to back startups. They invest $30k for 10%. The startups had a demo day recently in Sydney George St Cinema’s. Slingshot recently had Andrew Campbell, ex- CEO & cofounder of GoCatch join them as a program director. I had a brief chat to him last week. One of my good friends Humphrey Laubscher was previously a mentor as well. In short, some good folks are involved!

11. Bitcoin startups emerging and flourishing. In December 2013, I wrote about btc.sx, a bitcoin derivatives trading platform that was gaining a lot of traction. It was a startup that I called one of Australia’s hottest startups that no one knew about.I saw the first pitch that founder Joseph Lee did and conducted one of the first interviews with him. Here’s my writeup in Tech In Asia. I tweeted about their pitch and a friend George Samman read it. He then joined them as their COO (now adviser). They are now operating in London/Singapore and have raised money through SeedCoin incubator.

12. There’s also Coinjar, which raised a $500k round and now operating in London. They’ve processed $50million in bitcoin transations at the time of writing. A buddy of mine, Sam “Frenchie” Stewart joined them as security engineer last year. I’ve been in touch with Coinjar about their new Bitcoin debit card. I’m planning to give it a go!

13.  My good friend Jonathan Peacock launched BTMetrics. It allows you to track your SAAS metrics in Braintree. In particular, it tracks metrics such as:
– Monthly Recurring Revenue (MRR)
– Average Revenue Per User
– Lifetime Value of a Customer
– Churn Rates

Check out his awesome blog post on growing a SAAS startup from $0 – $10k in monthly revenue. He’s on his way 🙂

14. Tyro Payments launching a new co-working space called Tyro FinTech Hub. They aim to work with startups in co-development on Open API’s. A new manager has been hired to run it, Sharon Lu. Check out my blog post on my visit to FinTech Hub.

15. New Payments Platform (NPP) is in phase 3. NPP is a major industry initiative to develop new national infrastructure for fast, flexible, data rich payments in Australia. The Program has proceeded to the third phase, “design, build and test”. Right now, if I want to transfer money to someone it can take a day or several days to transfer. NPP is designed to do real time payments. Like that (insert finger snapping sound). I know financial institutions that are gearing up for this and reworking their legacy systems to handle NPP.

As you can see there’s lots of action happening in the FinTech space. My hope is we can develop some world class companies from here and continue to grow this burgeoning industry.

For more FinTech information in Australia, check out this great writeup on The Emerging Fintech Threat Downunder.